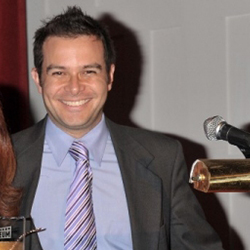 Peter Avery is the Director of Theater for the New York City Department of Education (NYCDOE). He oversees all aspects of theater education for the world’s largest school system — striving to ensure all students develop life-long skills for the stage and beyond through opportunities to explore their creativity, learn theater techniques and artistically collaborate with peers and professionals. His responsibilities include professional development for theater teachers and school leaders; producing new initiatives with Broadway, theater organizations and higher education; arts education policy and advocacy; and promoting student theater study and performance opportunities. Avery directs major initiatives such as the Digital Theater Project, Shubert/MTI Broadway Jr, and the theater component of Arts Achieve—a federally funded i3 project focused on arts assessments and teacher effectiveness to enhance student learning in the arts. 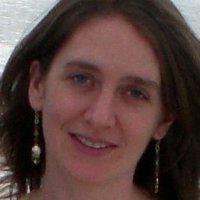 Melissa Caolo brings her leadership and management skills to Camp Broadway LLC in her role as Managing Director. Prior to joining the company, Melissa served as Production Manager for Nederlander Worldwide Entertainment where she oversaw the company’s presentation of Broadway shows throughout China including the 10-city tour of AIDA in 2008 and FAME: The Musical and LUMA in 2009. She also led the development of the inaugural session of the Cultural Trade and Industry Exchange Program, a training session for Chinese arts managers and cultural government officials in the best practices of commercial theater in the United States. Melissa has toured extensively in the United States and throughout the world as a Stage Manager and Production Manager for several major American dance companies including New York City Ballet, The School of American Ballet, the Trisha Brown Dance Company, the Martha Graham Dance Company, Elisa Monte Dance, Baryshnikov Productions, Jacob’s Pillow Dance Festival and Boston Ballet among others. Theater credits include Lincoln Center Institute, Lincoln Center Festival and North Shore Music Theater. Melissa has also served as General Manager for the Martha Graham Company, Booking Manager for Pentacle, Danceworks Inc. (an arts service organization), Managing Producer for Shen Wei Dance Arts as well as Production Consultant for Morphoses: The Wheeldon Company. She is a member of the staff of Sarah Lawrence College where she teaches stage management and technical theater and serves as Technical Director of the Dance Department. Melissa is a graduate of Emerson College, Boston, MA with a BFA in Theater with a concentration in Production Management. 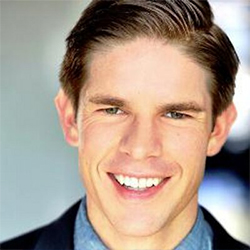 Frank DiLella joined NY1 in 2004 and now produces and reports for “On Stage,” the news channel’s weekly half-hour theater program. Working the entertainment beat, DiLella has interviewed many legendary artists including Edward Albee, Tom Hanks, Vanessa Redgrave, Bono, August Wilson, Elton John, Liza Minnelli, Patti LuPone, Bette Midler, Hugh Jackman, Tom Stoppard, Carol Channing, James Earl Jones, Chita Rivera, Jane Fonda, Elaine Stritch, Angela Lansbury, Lady Gaga, Tony Kushner, Andrew Lloyd Webber, and Ben Vereen. In addition to filing reports on the Broadway and off-Broadway scenes, DiLella has traveled internationally to cover theater in Japan, Hong Kong, England, Scotland, Austria, Germany, and Canada. DiLella made his Broadway debut – a cameo role – in September 2010, playing a chimney sweep in the Disney production of “Mary Poppins.” In 2012, he returned to the Broadway stage for another cameo appearance – this time in “Newsies.” In May 2013, Time Warner Cable unveiled a spin-off of “On Stage” entitled “On Stage Across America.” The monthly program, which is produced and hosted by DiLella, shines a spotlight on Broadway theater, national tours, regional theater, and high school plays. DiLella received a B.A in communications/journalism with a minor in theater from Fordham University at Lincoln Center. In January of 2013, he returned to his alma mater as an adjunct professor teaching “theater journalism,” a course he created. 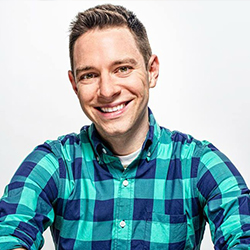 Tim Federle grew up in San Francisco and Pittsburgh before moving to New York to dance on Broadway. His debut novel for kids, BETTER NATE THAN EVER—described as “Judy Blume as seen through a Stephen Sondheim lens” by Huffington Post—was named a New York Times Notable Children’s Book of 2013. FIVE, SIX, SEVEN, NATE!, the sequel to BETTER NATE THAN EVER, was named a Best Book of 2014 by Amazon. Declared “born quipping” by the New York Times and called “the perfect mentor” by CNN, Federle travels the country widely to give speeches and master classes on his journey from bullied to Broadway to books. Say hi at TimFederle.com and connect on Twitter and Instagram @TimFederle. 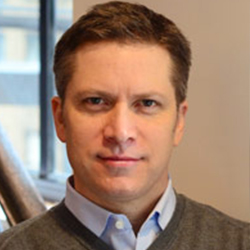 Andrew Flatt is the Senior Vice President, Marketing for Disney Theatrical Group, where he manages the launch and ongoing marketing of such musicals as The Lion King, Mary Poppins, Newsies, The Little Mermaid, Tarzan and Aida, plus the brand supervision of Disney on Ice and Disney Live! productions. In addition to Disney, he has worked for Lincoln Center Theater, New York City Ballet, the Goldman Memorial Band, the League of Resident Theatres, Denver Center Theatre Company, and Colorado Shakespeare Festival. Andrew holds an MFA in performing arts management from Brooklyn College of the City University of New York, where he is an adjunct professor, and a BA magna cum laude in Theatre and Communications from the University of Colorado at Boulder. He is from Littleton, Colorado. 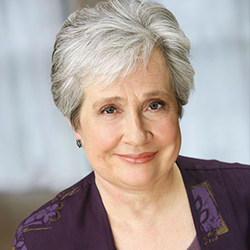 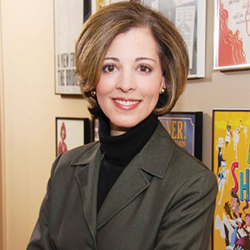 For 30 years, Susan E. Lee has been an innovator and an industry leader working with many theatrical producing companies and non-profit arts organizations. She introduced Camp Broadway LLC in 1995 and has since managed the brand, business and program development. In addition to her role as founder and managing member of the company, she is the Chief Marketing Officer for The Nederlander Producing Company of America, where she oversees new business partnerships and marketing. Since joining the company she successfully developed and launched Audience Rewards, now the official loyalty program for Broadway; The National High School Musical Theatre Awards aka The Jimmy’s Awards, named in honor of James M. Nederlander; and InTheatre Network, which is now operating across all Broadway theatres. Prior to joining The Nederlander Organization, Susan oversaw the development of new business strategies and marketing services for Serino Coyne, Inc., the largest full-service agency in the live entertainment industry. Under her leadership, the agency expanded services to include Internet marketing, sponsorship sales, media promotions and cultural tourism. Susan has also represented a portfolio of theatrical properties for sponsorship and product placement. She developed and implemented the marketing partnership between Visa and the Tony® Award-winning musical Movin’ Out on Broadway. Following a successful partnership in New York, Visa became the title sponsor of the national tour of Movin’ Out, which was supported by the largest integrated marketing campaign in theatrical history. While at Serino Coyne, Susan also launched Tuesday’s at 7 and Season of Savings, Broadways largest industry-wide cooperative consumer outreach initiative, which has generated over 50 million dollars in ticket sales since 2000. Working in partnership with Sound Associates, Susan also successfully introduced ShowTrans® on Broadway in 1996. ShowTrans is an assistive technology that provides multi-lingual audio commentary for non-English speaking audiences. ShowTrans is operating at The Phantom of the Opera, Wicked, Mamma Mia and others. Susan helped introduce sponsorship marketing to Broadway during her tenure as Director of Marketing at The League of American Theatres and Producers, where she launched Broadway on Broadway, The Broadway Line and, most notably, Celebrate Broadway: The 100th Anniversary of Broadway in Times Square. Prior to joining The League, Susan was the national press representative for YulBrynner’s Farewell Tour of The King and I, Arsenic and Old Lace starring Jean Stapleton, and Macbeth starring Glenda Jackson and Christopher Plummer. She is a member of The Association of Press Agents and Managers. 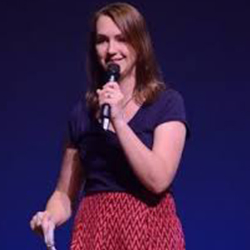 Lisa Mitchell has a background in directing, producing and teaching, and has devoted her professional life to engaging young people and communities through theatre. For the last ten years, she has worked for Broadway, youth, and classical theatre companies as an arts administrator and teaching artist. Throughout her career, she has worked with preK-12th grade students, college students and adults. Currently, Lisa is the Education & Outreach Manager at Disney Theatrical Group, where she develops the company’s educational initiatives and strives to engage young people through Broadway performance and student-driven production. Lisa volunteers as the Education Director for Two Turns Theatre Company, co-chairs the Education & Outreach committee of The Broadway Green Alliance, serves on the Teaching Artist Affairs committee of the New York City Arts in Eduction Roundtable, and co-chairs the New York Theatre in Our Schools conference for the American Alliance for Theatre & Education. She has presented and facilitated workshops at international conferences, regional performing arts centers, and at universities around the US, and has authored study guides for Broadway shows. Lisa holds a a Master’s Degree in Educational Theatre from The City College of New York, where she received the David J. Fox award for excellence in research. 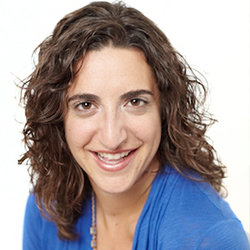